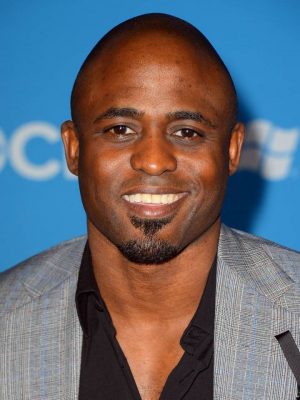 Wayne Alphonso Brady (born June 2, 1972) is an American actor, singer and comedian who is a regular on the American version of the improvisational comedy television series Whose Line Is It Anyway? He was the host of the daytime talk show The Wayne Brady Show, the original host of Fox's Don't Forget the Lyrics!, and has hosted Let's Make a Deal since its 2009 revival. Brady also performed in the Tony Award-winning musical Kinky Boots on Broadway as Simon—who is also drag queen Lola—from November 2015 to March 2016.Brady was born in Columbus, Georgia, to West Indian parents, and moved to Orlando, Florida, as a young child to live with his grandmother and aunt. Brady refers to his grandmother, Valerie Petersen, as his "mom", since she raised him.At 16, Brady started performing in community theater and at the Orlando improv troupe SAK Comedy Lab, where he first started developing his improv skills. He attended Dr. Phillips High School in Orlando, where he graduated in 1989. In 1990, he enrolled at the University of Miami. In 1996, he moved to Los Angeles where he continued developing his acting skills.

When and where Wayne Brady was born?