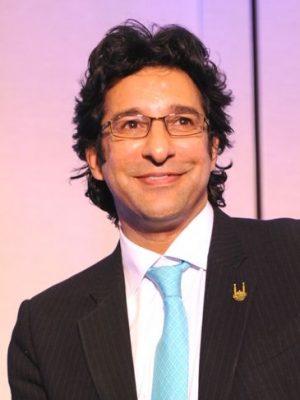 Wasim Akram (Urdu: وسیم اکرم‎; born 3 June 1966) is a former Pakistani cricketer, cricket commentator and television personality. He is acknowledged as one of the greatest bowlers of all time. A left-arm fast bowler who could bowl with significant pace, he represented the Pakistan cricket team in Test cricket and One Day International (ODI) matches. In October 2013, Wasim Akram was the only Pakistani cricketer to be named in an all-time Test World XI to mark the 150th anniversary of Wisden Cricketers' Almanack.

When and where Wasim Akram was born?