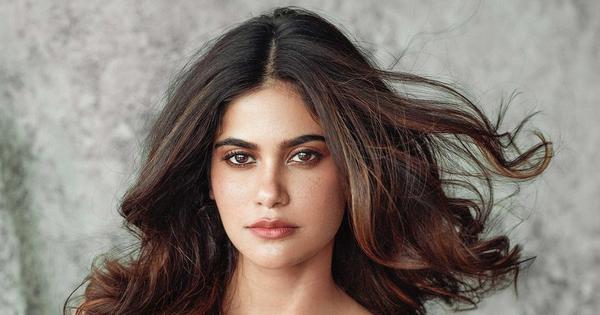 The she of the new Netflix series She used to be a runner in college. Aaditi Pohankar represented Maharashtra in athletics and bagged medals in 100-metre and 200-metre races. “In running, if your timing is right, you are a winner,” Pohankar observed.

But Pohankar doesn’t believe running is just a sport or a way to get exercise: it’s “another side of expression”, she said. If we stick with her metaphor, Pohankar has just won herself the equivalent of another gold for her performance in She. In the series created and co-written by Imtiaz Ali and directed by Avinash Das and Arif Ali, Pohankar plays Bhumika, a lowly constable with the Mumbai Police. Bhumika is plucked out of traffic duty and moulded into a honeytrap for a drug bust operation.

Repeatedly described as “unattractive” and, occasionally, “manly”, Bhumika rediscovers her sensuous side after she nearly sleeps with the seedily attractive drug dealer Sasya (Vijay Varma). Sasya gets arrested and agrees to be an informant only if Bhumika is in the room. A curious bond develops between the hunter and the hunted, which helps Bhumika discover a side that had been suppressed for years.

The role is a tricky one, complex by any standards but especially so for a 25-year-old actor. Pohankar plays Bhumika with well-timed watchfulness. She lay bare both the ambivalence and thrill that Bhumika feels as she boldly ventures into the night, trying to reach Sasya’s boss. As a police constable, Bhumika’s body is held taut, as though imprisoned by invisible cords. But as the cheaply dressed and made-up prostitute, Bhumika’s shoulders relax, her face seems to gain more fullness, and the rest of her body is eagerly turned outwards.

“Bhumika’s look changes across the phases of the lives she leads, as do her energy levels,” Pohankar told Scroll.in during a phone interview.

Pohankar is one of the few consistently good things about She, and she holds steady even when the seven-episode series loses its focus. With She, Pohankar has reached that happy zone where actors with standout performances find themselves – the one filled with superlatives and encomiums, gushing messages from filmmakers and breathless praise from fans.

“Many women have been telling me one thing – we are proud of you,” she said. “The feedback, whether from Morocco or the USA, is that the acting didn’t look cheap and that I didn’t do the role just to get eyeballs.”

Pohankar’s performance in She builds upon years of practice on the stage and in the movies. As a teenager, she attended workshops held by celebrated theatre director Satyadev Dubey while studying for a commerce degree at National College in Mumbai’s Bandra neighbourhood. This was alongside her involvement in athletics.

“I’m a hyper kind of person,” she explained.

Pohankar was already exposed to the arts through her extended family. Her grandmother, Sushila Pohankar and uncle, Ajay Pohankar, are celebrated Hindustani classical vocalists. Her father, Sudhir Pohankar, has acted in several plays.

Satyadev Dubey’s training sessions helped Pohankar gain a finer understanding of the nuances of performance, while also lowering her inhibitions. “When I was doing workshops with Dubey ji, I was like a ragpicker moving from one dust bin to another to see what was available,” Pohankar said. “He made me do a lot of strange and fascinating exercises. This was another world for me.”

She worked on training her voice, and took singing lessons from her uncle. Her performance as an eight-year-old girl in the play Timeboy, directed by Makarand Deshpande, earned her the attention of director Nishikant Kamat. He cast her in the action thriller Lai Bhaari (2014), which turned out to be one of Marathi cinema’s blockbusters. Lai Bhaari stars Riteish Deshmukh in a double role as twins, and Pohankar plays one of the sweethearts.

However, Pohankar failed to reap the benefits that should have accrued from the success of Lai Bhaari. A few films followed, including one in Marathi and two in Tamil (Selvaraghavan’s Mannavan Vanthanadi remains unreleased). Pohankar is wrongly listed as having appeared in Dibakar Banerjee’s Love Sex Aur Dhoka (2010), she said.

Pohankar decided to do something about her lack of roles, both at the philosophical and practical level. “I decided that I would get myself power-packed performances,” she said. “If you’re not from a film background, you have to be different in order to penetrate that world.”

In 2018, she met Imtiaz Ali at a screening of the film Laila Majnu, directed by his brother, Sajid Ali. “I asked him to check my showreel on Vimeo, and he said he would,” she recalled. “The next day. I messaged him to see if he had, and but he said he hadn’t.”

Ali did eventually go through Pohankar’s showreel, after which he messaged her to ask if she could meet him at short notice. Ali landed up for the meeting with an assistant and the screenplay for She, which he has co-written with Divya Johry. Pohankar had two days for the audition.

She performed the scene with which the series begins. Sasya and his friend are choosing from among prostitutes at a brothel, and Sasya passes over Bhumika for another woman. She acts sassy to get his attention, and it works.

“I picked up the tone for the character in the audition itself,” Pohankar recalled. “The scene had a lot of lines as well as layers of performance. In Bhumika’s eyes, you can see a lot of fake bravery.”

Another, more crucial exercise followed, which would prove whether Pohankar, who had told Ali that she was a “bit shy”, could carry off mildly explicit scenes. She had to “seduce” Ali, standing in for Sasya, without getting close to him. “I was told, you can’t speak, you have to just look at me,” she said. “I had done similar exercises at Dubey ji’s workshops, so I knew what to do.” She also piled on the make-up, messed up her hair, and bought a tacky dress from a local market. Soon, Pohankar was “she”.

Her rehearsals with Vijay Varma, the trash-talking drug dealer who toys with Bhumika, were no less intense.

“Vijay has a lot of variation in his eyes,” Pohankar observed. “When he looks at you, it’s not sleazy or cheap, and you can feel what is going on. Sasya is attractive and diabolical and crude, and Vijay can play with all of that. The catharsis of Bhumika’s life is lived through Sasya.”

Her intimate scenes with Varma were filmed on a closed set, with only a few crew members. “Vijay has a certain attitude where he will tell you, I am going to do something, but I am not going to tell you what it is, so don’t feel surprised,” Pohankar said. “He would do something and I knew the base of it and we go all out and let it be real.”

Among the more challenging scenes was the one in which Bhumika tries out her newfound sexual confidence on a waiter. The actor was “getting a little tense,” Pohankar recalled, adding, “I had to calm him down and tell him, follow my cues.”

A crucial lesson from the warm responses to She has been that “honesty reaches a lot of places”, Pohankar observed. More simply put: “I have arrived.” Atop the winner’s podium, no less. 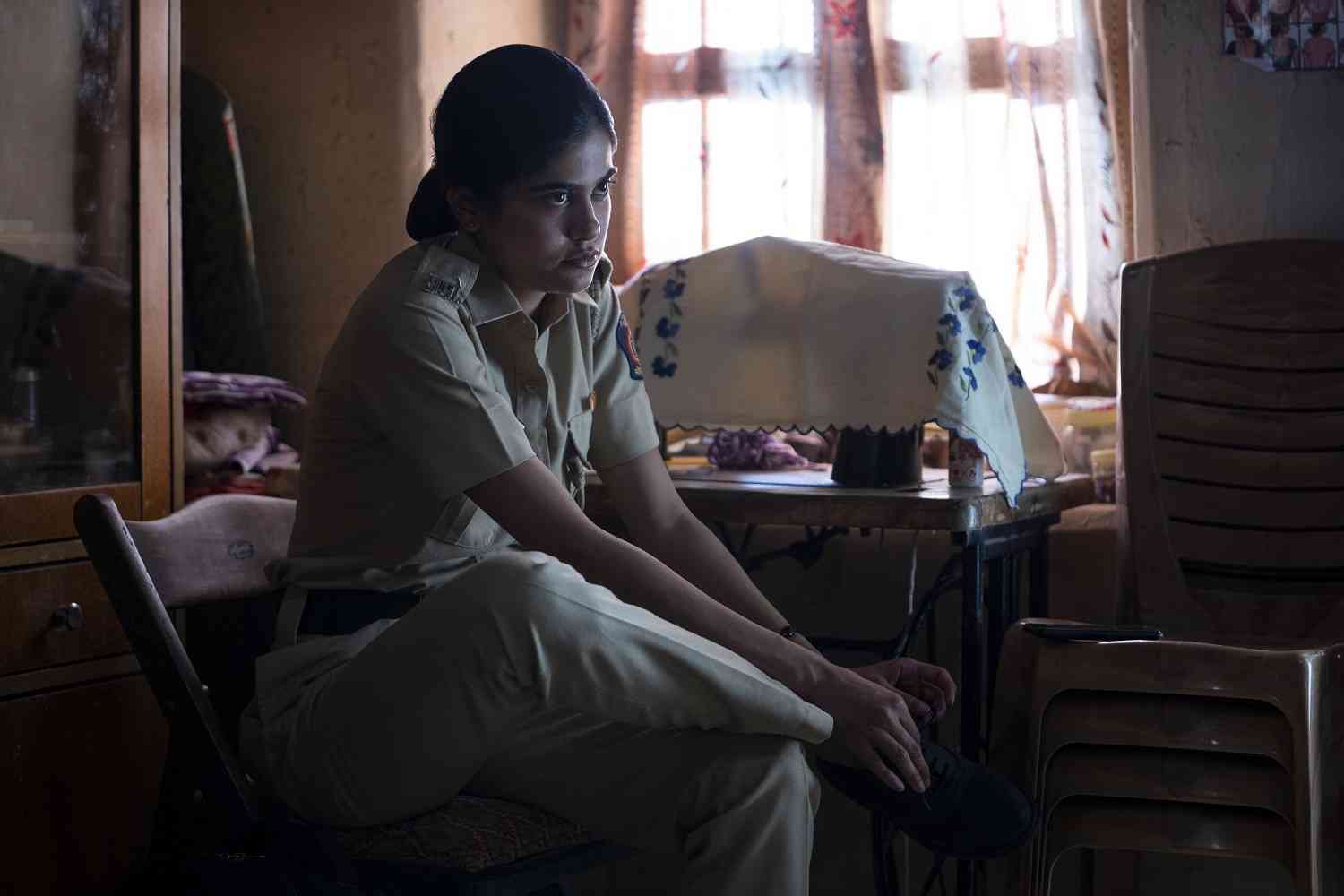