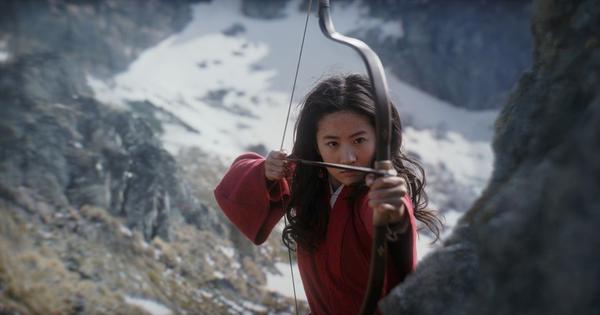 Disney’s Mulan is the latest example of how the coronavirus pandemic has affected the movie industry worldwide. The live action version of the 1998 film of the same name will not be released on March 27 but on an unspecified later date, Disney announced on Friday. Disney has also delayed The New Mutants, which was supposed to be out on April 3.

The surge in the number of cases worldwide (upwards of 1.3 lakh) and increasing restrictions on the assembly of large crowds have already upended the Hollywood release calendar. The latest James Bond movie, No Time To Die, has been postponed from April to November. The new Fast and Furious production – the ninth in the moneyspinning franchise – has been delayed by a whole year, and will be out on April 2, 2021, instead of May 22. Also pushed is A Quiet Place Part II, which was scheduled for March 19.

Mulan stars Chinese-American talent Liu Yifei, Hong Kong martial arts star Donnie Yen, and Singaporean actor Gong Li. Its release excluded China, where cinemas have been shut for weeks following the outbreak, but included India, which has over 80 positive cases. However, with movie chains shutting down in parts of India too – in Kerala, Delhi, Karnataka, Bihar and Jammu and Kashmir, Maharashtra – and other states expected to follow suit if the number of the infected rises, distributors will be scrambling to minimise their risks.

Disney spent $200 million on Mulan, Variety reported, adding, “Given how familiar the animated version is to global audiences, the new version of ‘Mulan’ was made to resonate with moviegoers around the world. But since theaters are still closed in China (where its release date was also in limbo), the studio was concerned about recouping its budget.”

If Indian multiplex chains are permitted to stay open or risk doing so despite lowered footfalls, they will be staring at gaping holes in their programming. Rohit Shetty’s big-budget action thriller Sooryavanshi announced on Thursday that it would be postponed from March 24 to an unspecified date. While the Irrfan-starrer Angrezi Medium was released on March 13 despite losing the lucrative Delhi territory, the March 20 release of Sir, directed by Rohena Gera and starring Tillotama Shome and Vivek Gomber, has been delayed.

There is no news yet on Dibakar Banerjee’s Sandeep Aur Pinky Faraar, which also has a March 20 slot. However, producer Yash Raj Films issued a tweet on Friday about the Ranveer Singh-starrer Jayeshbhai Jordaar and Farhan Akhtar’s biopic Toofan, both of which were scheduled for October 2. Toofan will now be released earlier, on September 18.

The delayed release of such big-budget productions as Sooryavanshi is likely to have a domino effect on the rest of the movie calendar. For instance, Kabir Khan’s prestige project 83, about the Indian cricket team’s historic World Cup win, might get pushed if Sooryavanshi decides to emerge in early April. Shooting schedules in foreign locations have also been disrupted.