Unless you are a massive Steven Spielberg fan or a connoisseur of television history you’ve probably never watched or likely even heard of the original “Amazing Stories.” The anthology series was best known for John Williams opening score and the fact it was one of Spielberg’s major forays into TV after the success of films such as “Raiders of the Lost Ark” and “E.T: The Extra-Terrestrial.” Premiering in 1985 it promised Spielberg’s fantastical touch in a more family-friendly program than say, “The Twilight Zone” was a few decades before. And over two seasons, directors such as Martin Scorsese, Clint Eastwood, Peter Hyams, Burt Reynolds, Joe Dante, Kevin Reynolds, Robert Zemeckis, Danny DeVito, and even a young Lesli Linka Glatter contributed their talents.

Despite a few standout tales such as the Spielberg-helmed WWII-era thriller “The Mission,” unimpressive ratings couldn’t justify the series’ price tag and its cancellation became a rare failure for the filmmaker. Now, 34 years later and following the high profile departure of television wunderkind Bryan Fuller, Spielberg has given his blessing to “Once Upon A Time” producers Edward Kitsis and Adam Horowitz to revive “Stories” on Apple TV+. Based on the first and only episode screened for critics there’s still promise for this new incarnation, but also some very notable concern.

At just 52 minutes, it’s hard to argue that the first episode, “The Cellar,” doesn’t move at a brisk pace. In fact, it may simply move too fast for any of its magical or Sci-Fi elements to feel cohesive. And, like many episodes of CBS All Access’ own reboot, “The Twilight Zone,” it’s a tale that feels awfully familiar (even with a somewhat last-minute twist).

“The Cellar” was written by Jessica Sharzer (“A Simple Favor,” “American Horror Story”) and directed by Chris Long (“The Americans”), but you’d never guess it from their previous work. The story starts off in modern-day Cedar Rapids, Iowa (basically the outskirts of Atlanta, Georgia) where two brothers have been hired to renovate an old farmhouse. Sam (Dylan O’Brien) is distracted by matching with the ladies on his Tinder-esque app while his brother Jake (Micah Stock, playing gay again) is fascinated by the historical details of their work.

On their second day on the job, a massive storm springs up out of the blue and Sam finds himself down in the basement. Something strange happens and Sam is somehow transported back in time. As he explores a now furnished house he discovers the somewhat Victorian-dressed Evelyn (Victoria Pedretti) who is startled to find an unknown man watching her play the piano. Sam panics a bit over his new circumstances, but certainly not in a realistic manner. He’s soon ushered out of the house by Evelyn whose mother arrives to get her ready for her engagement party. Yes, Evelyn has been pressured to marry a rich older man who will make sure they don’t have to sell the family home.

Sam walks into town in his out of place 21st-century jeans, coat, and button-down shirt but no one gives him a second glance (neither did Evelyn). He discovers it’s 1919 and then returns to the house where he hopes to find a trap door or magical way home. Instead, he bonds with Evelyn and after just 15 minutes of screentime you can immediately tell these century-crossed lovers are destined for each other (well, maybe).

Without spoiling too much, the rest of “The Cellar” feels overstuffed with narrative jumps and character choices that are often puzzling. At one point Sam makes a revelation in a voice-over that will have you shaking your head with an audible “What???” Somehow, despite the talents of Sharzer and Long, the entire endeavor often feels as forgettable and bland as a network television drama and as melodramatic as something you’d expect from a stereotypical Lifetime TV movie (O.K., maybe that is hard to pull off).

Moreover, there seems to be absolutely no aesthetic imprint from the filmmaker, Long, something that was a key element, for better or worse, of the original series. I mean, if this is the tone for the program it’s basically forgettable Sunday night TV comfort food. And if that’s what Apple wants with a Spielberg sanctioned program (he’s a credited Executive Producer), then they certainly got it. The trailer for the series seems to promise some more intriguing directions, but in this era of high standards for Peak TV and lauded anthology competitors such as “Black Mirror,” color us concerned.

What you can’t discount in this particular episode, however, is how much O’Brien and Pedretti really want to make the material work. They are trying so hard you often feel bad for the predicament they are faced with. Perhaps if it was a bit more fleshed out they could.

As no other episodes of “Amazing Stories” were made available the grade is just for this particular installment, “The Cellar.” 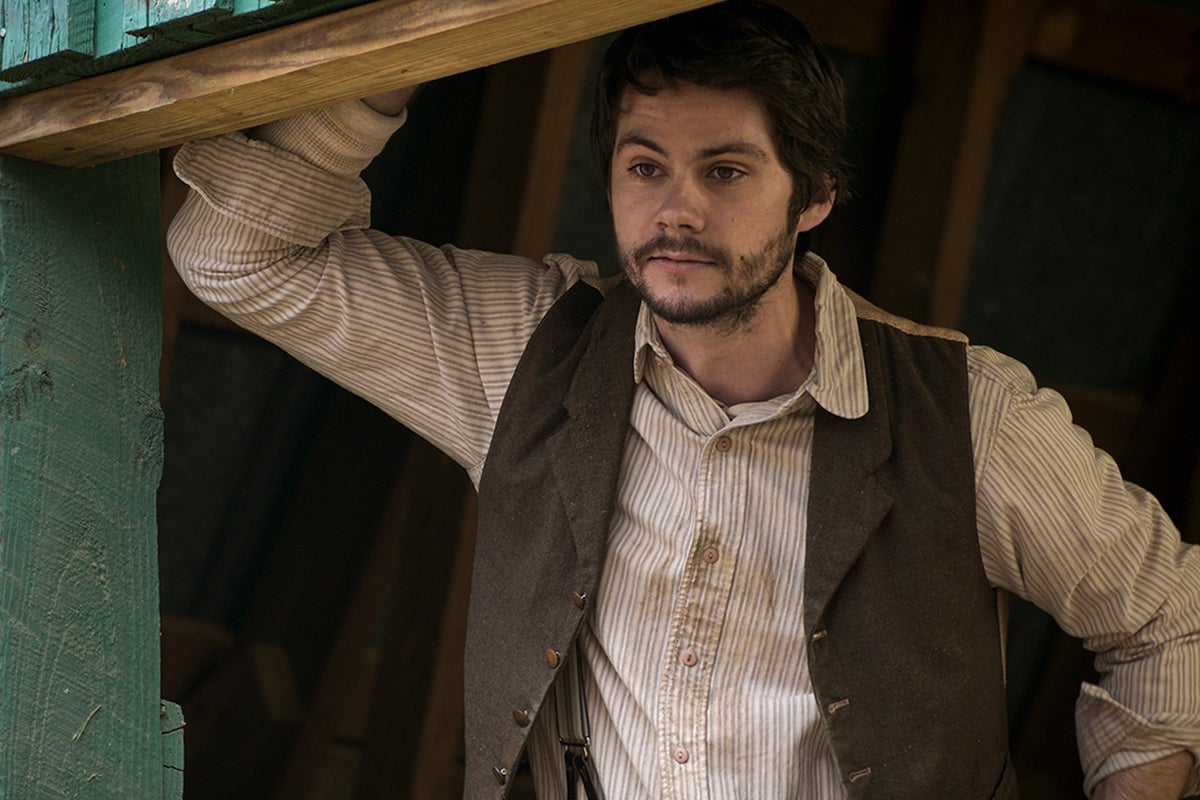 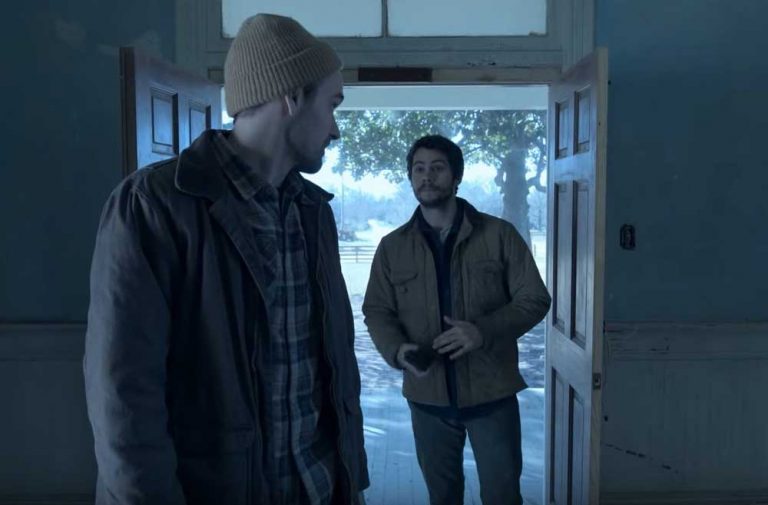 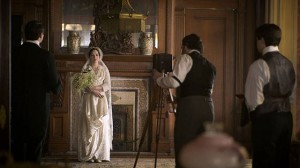 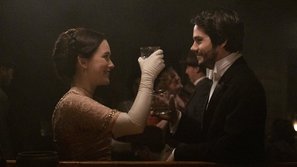 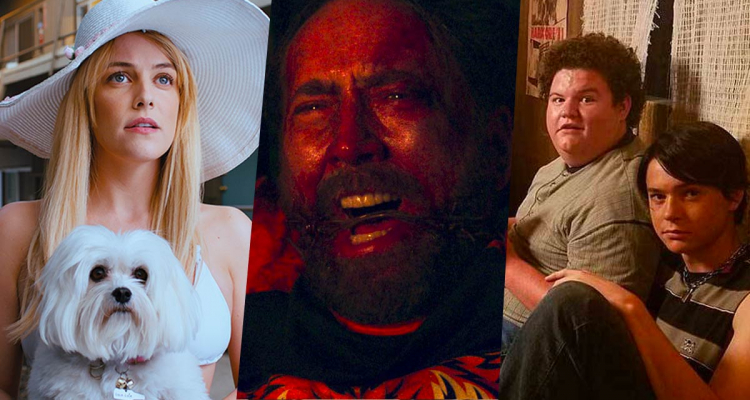 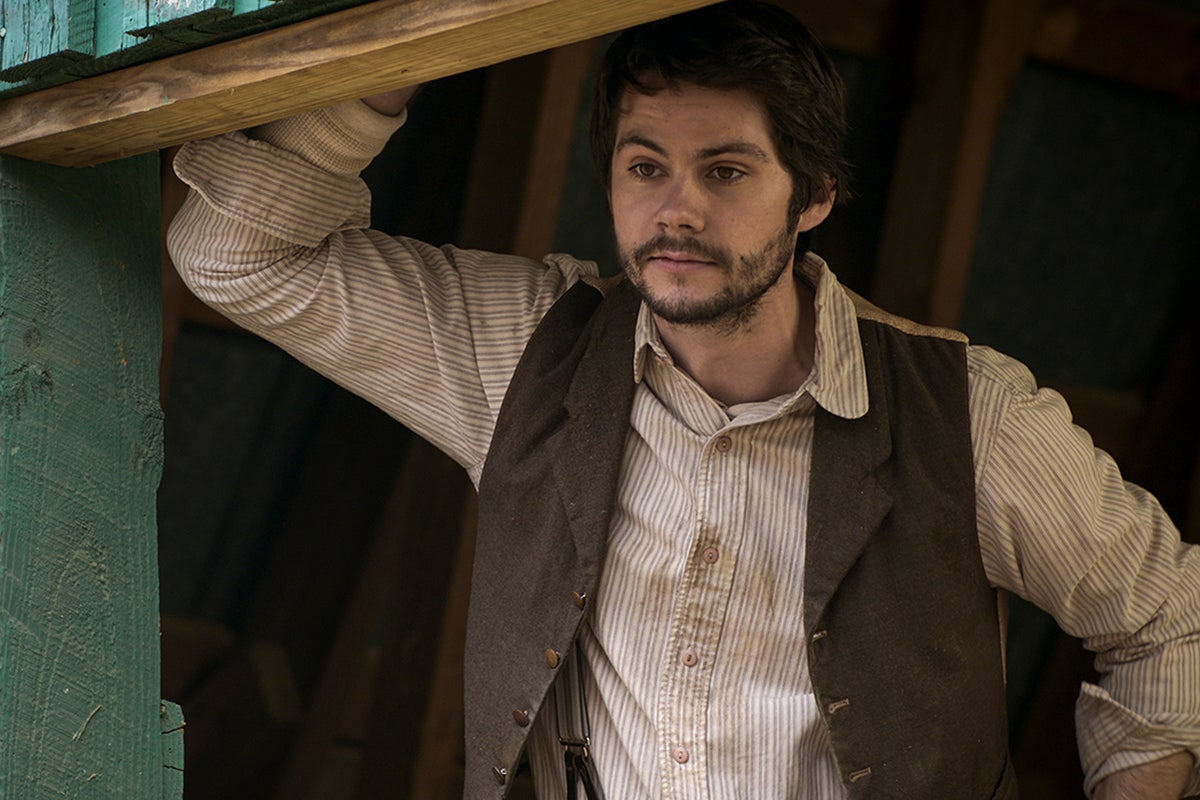