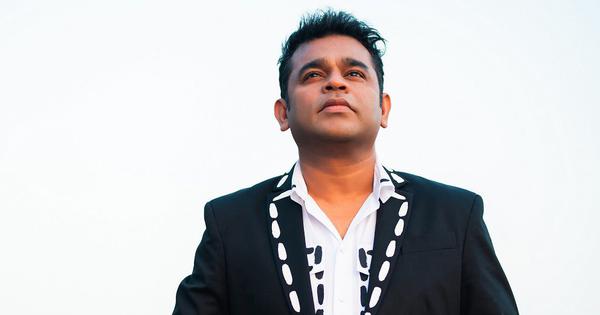 AR Rahman’s first Hindi soundtrack in three years is worth the wait. Most of his tunes for the upcoming movie 99 Songs are great and the arrangement and production are top-notch. The music doesn’t sound like it has been churned out by an algorithm at T-Series Inc.

Vishwesh Krishnamoorthy’s film, written and produced by Rahman, has 14 original songs, which is 13 more than what you get in the average Bollywood soundtrack these days. They are as good as anything you have heard since Rahman’s work in Rockstar (2011), with which 99 Songs appears to share some thematic similarities.

99 stars first-time actor Ehan Bhat as a conflicted singer. His singing voice is Shashwat Singh, just like Mohit Chauhan was Ranbir Kapoor’s playback in Rockstar. Singh carries the album on his shoulders. He is heard on five tracks, among which O Aashiqa is not just the best, but is also one of the two most outstanding tunes in the album.

Written as a paean to a lover who is half-muse and half-divinity (lyrics by Navneet Virk), the tune balances subdued passion with fearful reverence. The singing and the production start off mellow and rise slowly to a rapturous crescendo.

Arijit Singh headlines the other outstanding track, Jwalamukhi, and it’s a five-star cameo. Jwalamukhi might initially appear congested with electronic tinkering, but it grows on you with repeated listening. The extravagant production complements the melodramatic tune, and Arijit Singh hits all the notes, high and low.

Poorvi Koutish is a banger of a choice for the female version, but her rendition is intruded upon by choruses and a late key change.

The other cameo is by Armaan Malik. He had previously described Humnawaa as the “most challenging song” of his career, and that’s believable. Such a tune would have been handled by an ace singer like Sonu Nigam a few years ago. Malik is up for the challenge. He has always had a potentially sensuous voice that was underutilised in his melodious but schmaltzy hits, and he finally gets to show it off in Humnawaa.

The always terrific Shashaa Tirupati gets the jazzy and fun Soja Soja. This is a superbly confident vocal performance, full of swagger and skill, but the tune is far from being an earworm. Jazz in Hindi films is occasionally done well, such as in the Bombay Velvet soundtrack, but it seldom yields catchy tunes. Kaisi Paheli (Parineeta) is an exception.

Teri Nazar has pleasantly old-fashioned strings and dholaks. If it sounds mint-fresh, that’s because the arrangement and production are top-notch. Even when Rahman uses trap in Arijit Singh’s version of Jwalamukhi, it doesn’t sound stale.

Sofia and Nayi Nayi are easy-listening college rock material. The former is a ballad that is all praise for the eponymous woman, the latter an optimistic youth anthem. Neither songs gets trapped in the sonic cliches of their respective genres, which is again a testament to Rahman’s ingenuity.

Apart from Shaswat Singh, Bela Shende is the other standout voice in the soundtrack. She sounds like a cross between Alka Yagnik and Shreya Ghoshal, which is just great. Shende gets two lovely tunes. The six-minute Sai Shirdi Sai is a devotional song, but it’s more more O Paalanhaare than Anup Jalota. In the lullaby-like O Mera Chand, the juxtaposition of bluesy acoustic guitar with the flute is pretty unique.

This is also the case with Veere Kadh De, a musically haphazard tune with sassy vocal gymnastics and hip-hop by a rapper with the name of an Instagram poetry page, thoughtsfornow. Of course, a 14-song album is allowed to take a qualitative dip every now and then. There is enough in 99 Songs to live with and revisit.

His father’s son: How AR Rahman’s father RK Shekhar made his mark as a composer and arranger